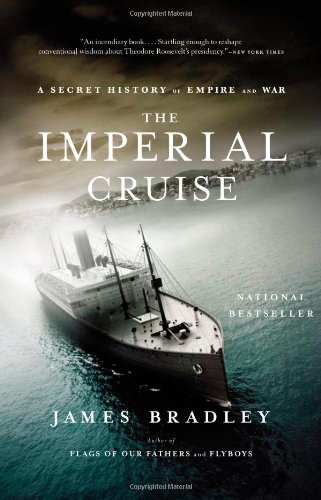 On the success of his two bestselling books about World War II, James Bradley began to wonder what the real catalyst was for the Pacific War. What he discovered shocked him.

In 1905 President Teddy Roosevelt dispatched Secretary of War William Taft, his daughter Alice, and a gaggle of congressmen on a mission to Japan, the Philippines, China, and Korea with the intent of forging an agreement to divide up Asia. This clandestine pact lit the fuse that would-decades later-result in a number of devastating wars: WWII, the Korean War, and the communist revolution in China.

In 2005, James Bradley retraced that epic voyage and discovered the remarkable truth about America’s vast imperial past. Full of fascinating characters brought brilliantly to life, The Imperial Cruise will powerfully revise the way we understand U.S. history.