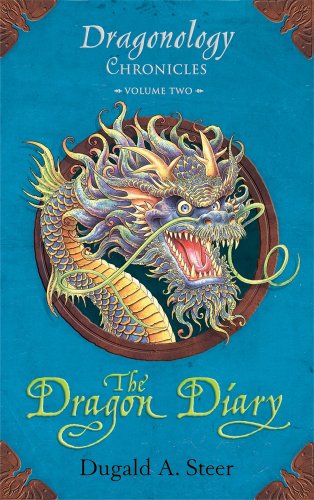 The fire-breathing fiction series continues! Two young dragonologists set off on a daring, wing-borne mission — while rushing to crack an ancient Dragonish code.

Fresh from recovering the Dragon’s Eye, apprentice dragonologists Daniel and Beatrice Cook eagerly await the hatching of the dragon’s egg in their care. But just as the shell begins to crack, their mentor, Dr. Ernest Drake, is called off to India to look for their missing parents and tend to the gravely ill naga dragons they’ve left behind. Meanwhile, the siblings receive a tip that the secret to curing dragons may lie in an age-old Dragon Diary, if only they could decipher it! Dragon lovers will soar breathlessly along with the plucky pair as (dragon baby in tow) they fly away on the furtive Dragon Express, traversing the globe on one dragon after another while struggling to solve the mystery of the Dragon Diary — before it’s too late.