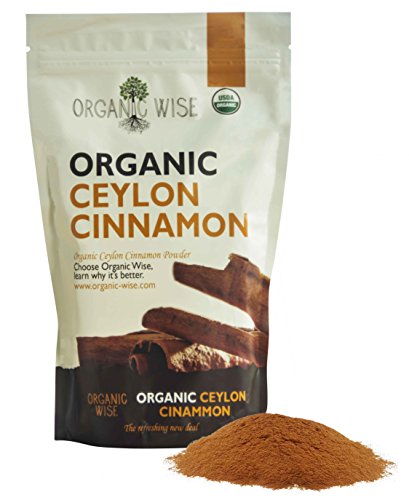 Organic Ceylon Cinnamon Powder: The only one true real cinnamon in the world

Stop wasting time and money on store bought, cassia cinnamon. Over 90% of store bought cinnamon in the United States is not actually cinnamon. Cassia is known to have high levels of coumarin which can be toxic to your liver, unlike true cinnamon which has low levels of coumarin. There are many health benefits of adding cinnamon to your daily regimen, so Whether you’re using this for weight loss, therapy, or overall health, you’ll get the results you’ve been waiting for without worrying about damaging your liver. Our Organic Ceylon Cinnamon is certified organic by the Colorado Department of Agriculture.

Tired of the Lack of Flavor and Gritty, Sand Like Taste Of Some Ceylon Cinnamon?

Does adding a flavorless, gritty, sand like , tree bark tasting cinnamon sound appealing to you? Probably not but unfortunately most of the ceylon cinnamon out there tastes like this. Our unbeatable quality and value is the highest grade of organic true cinnamon in the world. Unfortunately some people’s first experience with ceylon cinnamon hasn’t been very good as many brands out there carry low grade true cinnamon, making people stick to cassia. Once you taste what top grade ceylon cinnamon tastes like, you will never go back to another brand or cassia again.

Put Your Mind At Ease

We have been blessed to have so many wonderful customers who left us there many experiences with our Organic Ceylon Cinnamon Powder. Read through them and see for yourself before you make up your mind before you order.

Experience the ORGANIC WISE Organic Ceylon Cinnamon for YOURSELF