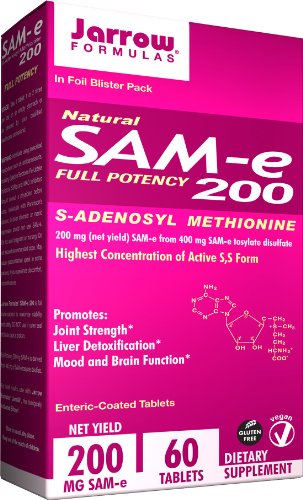 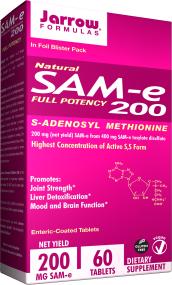 S-adenosyl-L-methionine (SAM-e) is an amino acid derivative clinically documented to benefit brain, liver and joint function.* Found in all living cells, SAM-e is called “activated methionine” and is formed via combination of ATP with methionine. Somewhat counterintuitively, however, methionine supplementation does not elevate SAM-e levels in the body. Rather, it elevates problematic homocysteine. SAM-e has undergone many clinical trials involving thousands of human subjects. Researchers have identified many structure- and function-based benefits of SAM-e involving over 40 biochemical processes. It is a biochemical workhorse with various diverse effects on the body, including improving liver function, supporting joint health and lifting mood.*

SAM-e supports brain function by its methylation effects.* Methylation is the transfer of a methyl group (one carbon and three hydrogen atoms, CH3) from one molecule to another. SAM-e is the most important of all methyl-donors in mammalian metabolism. Donation of methyl groups supports numerous metabolic processes including brain function, energy production, and DNA metabolism. Neurotransmitters, substances involved in nerve cell communication, are also products of methylation. These compounds include L-DOPA, dopamine, serotonin, epinephrine, and phosphatidylcholine (in lecithin). SAM-e is thought to benefit cognitive health by supporting the production of such critical brain messengers.* In fact, many people report noticeable positive effects on brain and mood after only taking it for a short time.* 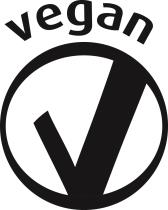 Not All SAM-e Is Created Equal

SAM-e exists in two forms: (S,S) SAM-e and (R,S) SAM-e. The biologically active form is the (S,S) structure, while the (R,S) structure is inactive. Jarrow Formulas SAM-e is predominantly the active form. It is made naturally by microbiological fermentation and then specially processed, without solvents, to preserve 68-80% (S,S) SAM-e, the highest active level available.

SAM-e is a highly reactive molecule and very fragile. It degrades rapidly under high heat or humidity. Improper handling of SAM-e can cause degradation in a matter of hours. Thus, the manufacturing process for Jarrow Formulas SAM-e is done under low temperature and low humidity, and the tablet is enteric coated and blister-packed. Studies show that oral supplementation of SAM-e is most effective when enteric-coated by special gastric fluid-resistant polymers, resulting in maximum blood levels.*

*These statements have not been evaluated by the Food and Drug Administration. This product is not intended to diagnose, treat, cure, or prevent any disease.