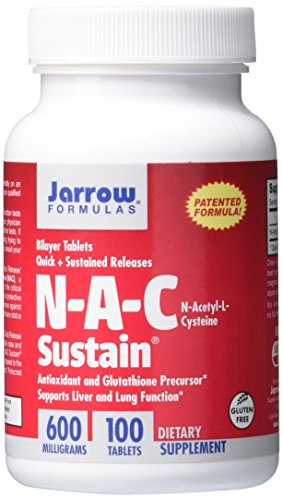 Jarrow Formulas N-A-C (N-acetyl-L-cysteine) is a stable form of the amino acid L-cysteine. N-A-C is cysteine that has been modified with an acetyl group are stabilized and made more bioavailable. It is essentially a combination of cysteine and acetic acid, which is a primary component of vinegar. L-cysteine, like cystine and taurine, is a sulfur-containing amino acid that can be produced by the body from the essential amino acid methionine. It is considered a non-essential amino acid for this reason, but is conditionally essential in infants and in the case of certain nutrient deficiencies or debilitating conditions. Inadequate methionine in the diet, low selenium intake, chronic disease, and advancing age reduce the body’s ability to convert methionine to cysteine. Likewise, stress and environmental toxins may increase the need for cysteine beyond the body’s capacity for conversion. N-A-C is preferred to cysteine, or cystine, as a supplement because of its stability, solubility, and greater ability to donate sulfur. 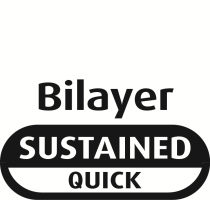 Glutathione: Building Your Own Antioxidant*

N-A-C supplies readily available L-cysteine, which acts as an antioxidant itself or as a precursor to glutathione.* Glutathione is one of the body’s most important and abundant antioxidants inside of cells. The primary antioxidant mechanism involves the donation of an electron from the sulfhydryl (-SH) group of the cysteine molecule. Sulfhydryl-containing substances like N-A-C, cysteine, glutathione, and alpha-lipoic acid are referred to as reducing agents. This is opposed to oxidizing agents. Since reducing agents have opposing chemical functionality to oxidizing agents, reducing agents are also anti-oxidizing agents – or antioxidants. Antioxidants guard against the production and propagation of free radicals caused by oxidation. Antioxidants like cysteine act as electron donors and receptors to neutralize uncontrolled free radicals without becoming reactive or toxic themselves.* Glutathione, which contains cysteine, donates its own electrons to free radicals to reduce them to stable compounds. One example is the transformation of superoxide or peroxide to water. In the process, glutathione becomes oxidized. It is then reactivated by the donation of electrons and protons to become reduced glutathione, thereby making it electron-rich again and ready to scavenge yet more free radicals. Making cysteine more available to the body encourages the production of glutathione. Cysteine is also an antioxidant in its own right by virtue of its sulfhydryl group, and plays a vital role in the stability and functioning of proteins.* Cysteine, in proteins, also interacts with iron and zinc in the body to form enzymes that help coordinate respiration, energy production, immune surveillance, and repair functions in all tissues.* In hospital practice, N-A-C, rather than reduced glutathione, is given to support blood levels of glutathione.*

Cysteine can neutralize chemicals known as aldehydes produced by air pollutants (i. e., smoke), some drugs, and by the liver as a byproduct of alcohol metabolism.* N-A-C is therefore important for maintaining the body’s antioxidant defenses in the face of everyday assaults.* N-A-C may be beneficial in reducing side effects of the pain reliever acetaminophen, particularly when ingested with alcohol, or taken in excessive amounts. Acetaminophen poisoning is the most common cause of calls to poison control centers in the United States. It causes severe damage to the liver. N-A-C supports the health of liver tissue by replenishing liver glutathione levels and also by enhancing the delivery of oxygen to liver cells.*

N-A-C Sustain is a bilayer quick release/sustained release N-A-C formulation. One third of the N-A-C releases rapidly and two thirds releases slowly over time. This raises blood levels quickly while also sustaining them.* N-A-C SUSTAIN releases in the small intestine over a longer period, which greatly assists in N-A-C antioxidant effect beyond the typical biological half-life (1. 5 hours) of N-A-C in the bloodstream.*

*These statements have not been evaluated by the Food and Drug Administration. This product is not intended to diagnose, treat, cure, or prevent any disease.